Should Smoke Detectors Be Included In Your Electrical Report (EICR)? 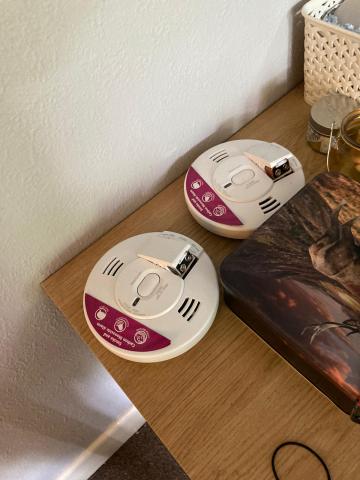 Smokes Taken Off The Ceiling Again

Should Smoke Detectors Be Included In Your Electrical Report (EICR) For a Privately Rented Property?

This blog came about because yet again while carrying out an EICR on a rental property (PRS) the smoke detectors have been removed from the ceilings and smoke detector coding has been the Second place hot topic that has cropped up almost daily over the past twelve months.

So technically the answer is a ‘no’. However, if the detectors power supply is mains supply then it will form part of the installation under BS7671 and should be checked. And if while checking you discover that the detectors are faulty, out of date, damaged, dirty, placed incorrectly or has been removed? Would you now suggest that they are included within the report?

If your answer is a ‘yes’ then how would you code a damaged non-functioning mains supplied detector? Because if the detector is not working it’s like there isn’t even a detector there at all.

Now what about smoke detectors that are powered solely by a battery? What if that these detectors are faulty, out of date, damaged, dirty, placed incorrectly or has been removed? Now these are the types of detectors that can be installed by Joe Public and often are, and as so, are often placed in the wrong locations and often they are the incorrect type of detectors for the their environment.  This time there is no requirement to check them under BS6761.  Would you suggest that they are included within the report?

Again if your answer is a ‘yes’ then how would you code a damaged non-functioning or missing detector? Because if the detector is not working it’s like there isn’t even a detector there at all.

The fact of the matter is, it’s down to the engineer or policy of the company that is conducting the inspection. We ‘do’ include the smoke detectors in our reports, and this is why.

Of which caused by:

Shockingly (no pun intended) there is very little true data on electric shock deaths in the UK and what there is you have to read between the lines to extract what you can.

So as you can see there are far fewer fatalities caused by electric shock than by fire. Therefore even though we are there to test your electrical installation to help protect you from electric shock it would be, in my opinion extremely negligent of us not to check and advise on your smoke detection.

So what about coding?

So back to coding, which frankly is at the heart of this matter, and the reason it’s at the heart of the matter can be summed up by whether the landlord has to pay for remedial works if they get a C1, C2 & FI. If a code of C3 is issued these are rarely and I mean extremely rarely acted upon. Meaning if you code anything a C3 unless it’s tied in with another more serious issue which has a stronger code it will not be fixed.

For those that don’t know when coding electrical issues we have these to use.

Now here we have the First place hot topic we have discussed almost hourly the past twelve months it feels on coding electrical issues. But electrical coding is for another day as we are her to talk about smoke detectors and coding thereof.

So what we have decided to do, as I will say have many other fellow contractors is to borrow the electrical coding references and use them for the smoke detectors issues. This is generally how they have been used.

So as you can see using a C2 code will render the report unsatisfactory and will help to ensure that the offending detectors are made compliant or if missing that they are installed providing safer future for the tenants.

So in summary below is an email that we have sent many times to the question: Should smoke detectors be included in you electrical report (EICR) for a privately rented property?

We have over the years performed thousands of inspections on our local property market, the majority being in the private rental sector (PRS) as yours is. Within that time there have been several updates to the electrical & fire detection regulations that govern this sector, each time becoming a little more stringent with regards to tenant safety, and rightly so.

With this in mind when we carry out any electrical testing on PRS properties we always make a note of the fire protection within the property (if any) and notify the landlord/agent/management co. etc. Unfortunately when an advisory is noted they are very rarely, if at all acted upon, leaving the tenants and landlord at risk. The tenants at risk from no notification of fire and the landlord at risk of prosecution from the local authority and possible criminal proceedings. Also any insurances held with regards to the property may not be valid so any cover or pay-outs could be jeopardised.

So, depending on each property's individual circumstances with regards to use and what system (if any) is in place we code appropriately as we see it. Thus helping you the landlord/Agent/Etc. to which ultimately you are responsible for the ongoing safety and compliance of the property to comply. 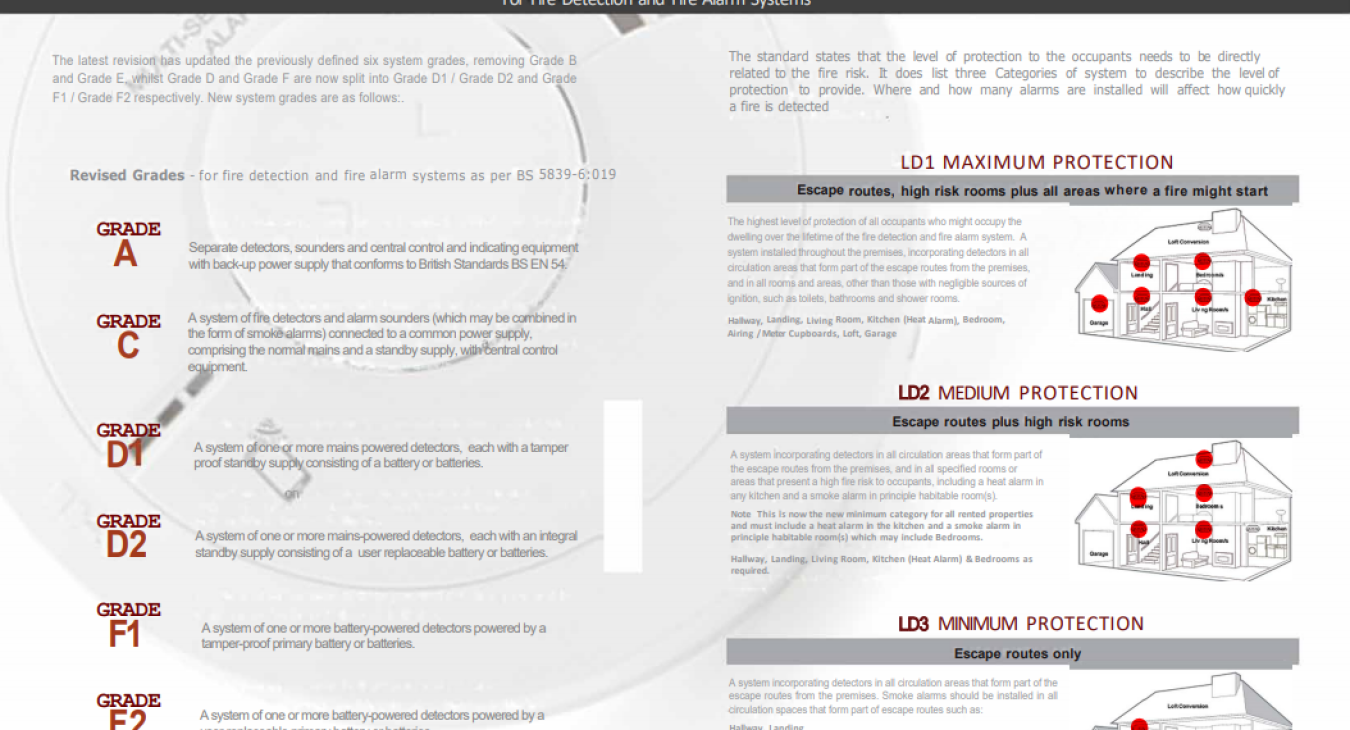